Welcome to another week of Friday Fictionneers 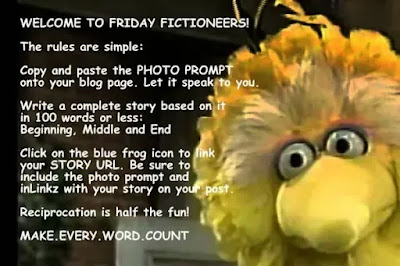 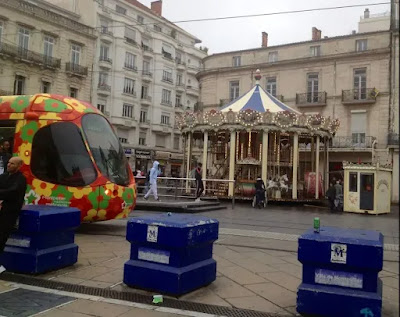 "I want a ride on the elephant"

"Me, on the pumpkin carriage"

"I got to the spaceship before that redhead"

Wee, round and round, up and down. Dizzy, elated, drunk on pure pleasure. Carousel music plays on a large painted organ in the corner. A disquieting clown opens his mouth to reveal his brass tube teeth, in time with the cymbals.

Out of control, screams. The old man crawls under the platform, swings up from a hole and gently eases the lever. Phew ! The dizzy young'uns stumble from their mounts and recover by sinking their jaws into toffee apple, cotton candy.

Thank you for reading. Visit all the gifted scribblers on the link up.

some videos of my own, my three children, from Chattanooga, North Carolina, April 2008. 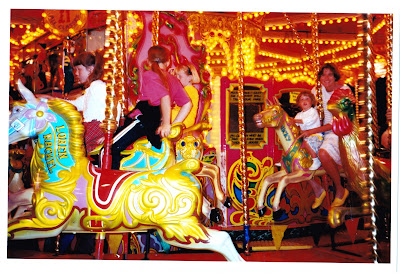 My first born and I, Bournemouth 1997 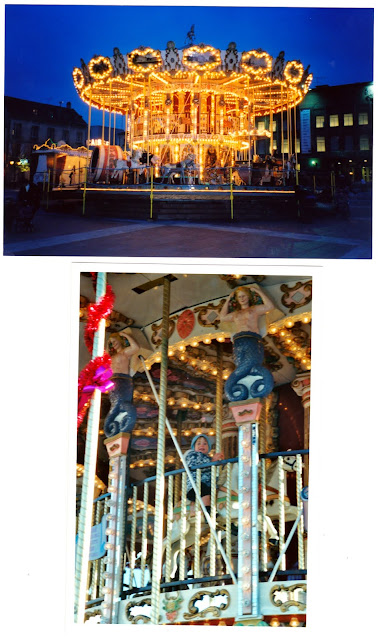 Welcome to another posting of the Write Edit Publish blog-hop.

If you would like to know more visit here and join in the fun. 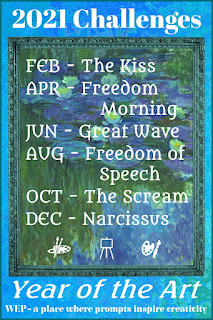 This month The Scream by Edward Munch 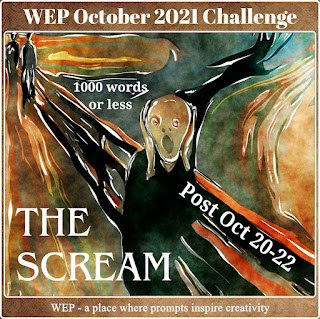 Crossing the Bridge
The rays glanced off the rugged tip of the mountain and hit the rocks she was staring at. It felt like she had been shuffling and stumbling on this goat path for years. Yusef was skipping ahead as though they were on some kind of mad adventure. He criss-crossed in front of her, from time to time, crouching to look at a beetle or a brilliant bloom. Arysa wished she could behold her surroundings with her son's gaze. The smallest detail in the landscape seemed a window into wonder. The border appeared eons away; a day or two at the most now but so many unforeseen events could still befall them. Arysa felt her shoulders buckle at the thought.
Her mind wandered back to her native village in the green hills, the sparkle of the river as it rushed over polished stones. The coy girl which she was then, had envisioned the future stretching  bright and carefree on the horizon. Omar was a catch: handsome, hard-working, tall and strong with a mischievous glint in his eye which made her laugh. Arysa's father toiled on a small patch of earth; they harvested enough though to survive and trade the surplus. Homely rituals lent rhythm to the seasons under a dry, clear sky.
First the Soviets had come; Omar and her father fought them behind boulders among the tracks and bracken in which the invader fumbled. They couldn't just roll in with their tanks and flatten all resistance like they had in so many territories. Omar's glint dimmed but Arysa had said nothing. A wrinkle had appeared in her forehead.
"Mama, look," shouted Yusef, wrenching her from her reverie.
On the crest of the hill stood a stone temple: a mound pilled with rocks and covered with red, yellow, orange garlands, spiked with fading white petals; a serendipitous reprieve to her clouding thoughts. Yusef was already running around the cairn while she quickened her pace, gusto in her step and faith slowly expanding in her breast. The sight cast a glow in the despairing hills. Arysa smelled for the first time in months a clear, spring whiff in the air.
"Yusef, respect the place. It is a gift for worship and hope," she said as she came abreast.
The burden lifted slightly from the pit of her bowels and she remembered Kohar and Yusef, when tiny, prattling together in the meadow at sunset, immersed in some imaginary game. When the skirmishes started between opposing factions, Omar had decided to move them to Kabul. Several farms had been pillaged, hired hands murdered. The furrow between his eyebrows deepened but still Arysa had said nothing. Kohar became sullen in the city as though his true self had stayed in the hills, buried in the dirt, discarded like an old pair of linen. Again Arysa hadn't protested.
She brushed away the thoughts with a few strands of hair framing her cheeks and opened her heart to the joy etched on Yusef's face while he scrutinised every crevice of the temple from which rolled pieces of paper protruded.
"Shall we leave one too ?" she asked him.
"Oh, yes ! Please Mama. You write, I'll phrase the message." Yusef clapped his fingers.
Arysa lifted the bag from her back, patting down the pockets in search of her small notebook. Triumphant, she extracted it finally from a thick pouch in the lining.
"So Yusef, what shall we thank and wish for ?"
" 'Thank you for this sprig of flowers, the strength to continue our journey. Please keep us safe until we reach our destination and be reunited with our distant cousins' ," said Yusef, loud and solemn.
"Beautiful my son. Here you go, choose where to place it"
Yusef stood on the toes of his boots and slid the scroll into a smooth hole between two gold-leafed pebbles.
They looked back once more towards the breeze in the wreaths and heard the tinkle of the bells. The winding path stretched before them down a slope, lost between boulders and shrubs. More peaks towered in the distance, some glistening in the afternoon light. Arysa wondered if she would ever cross the bridge of her sorrow and let go of her pain.
In Kabul, Omar had found work in an uncle's grocery shop, sorting, piling, fetching: strenuous hours in the dust and pollution. The drone had hit the school the third year and they had brought Kohar's dismembered corpse back to their tiny lodgings. Arysa's scream had given way to wailing. Then for weeks, she roamed the room and streets of the city in a haze. Her mind could not fathom the future, an end to the bridge towards a possible tomorrow. Omar, distant, had grown more and more estranged and finally had lost himself to days with shady connections. Arysa had not been able to mouth any words to describe his new loyalties. Yusef stayed home with her and silently she packed the flotsam of their past. She had made her choice. They would face the long road together to join their distant family in Tajikistan. Her heart screamed in her chest but Arysa would say no more.
©susanbauryrouchard
Word Count 872 FCA
Thank you for reading
Volker Schlöndorff's Oskar's Drum, film soundtrack
Die Blechtrommel
listen here
Posted by Susan B.Rouchard at 12:42 6 comments:

Welcome to another blog hop from Friday Fictionneers . 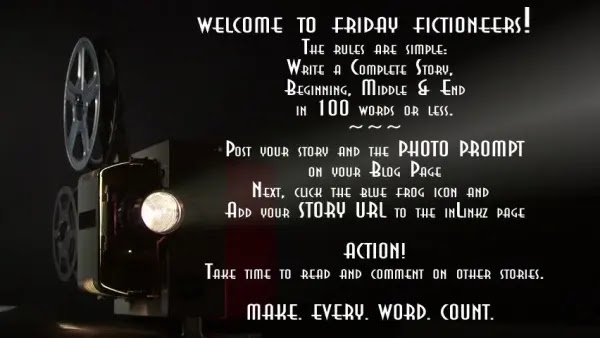 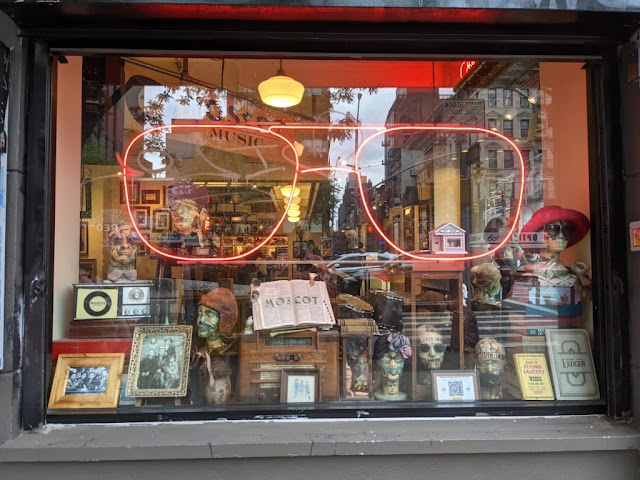 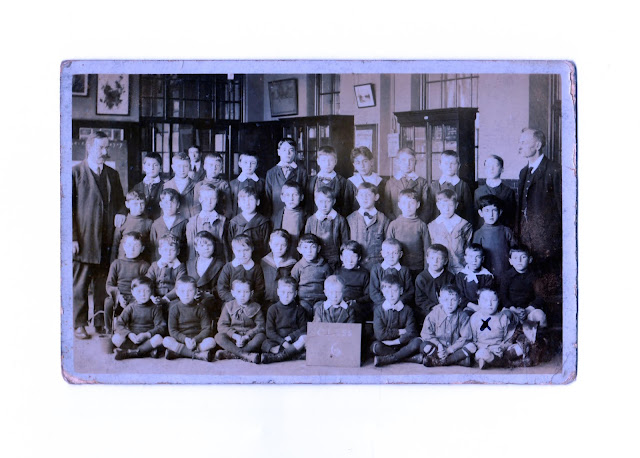 My Nana and Mother in Bournemouth, 1949 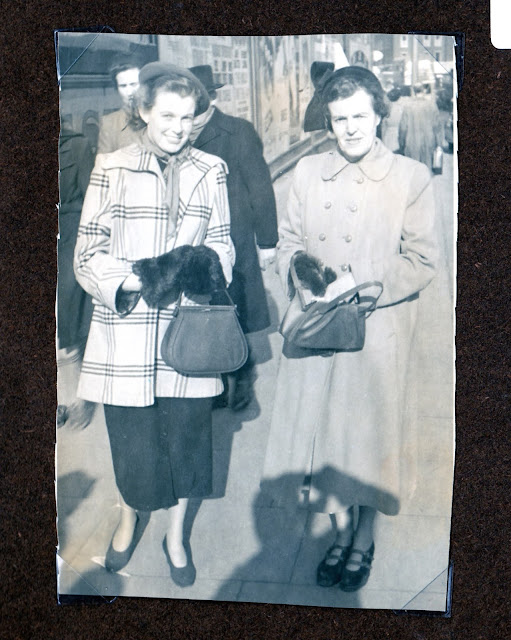 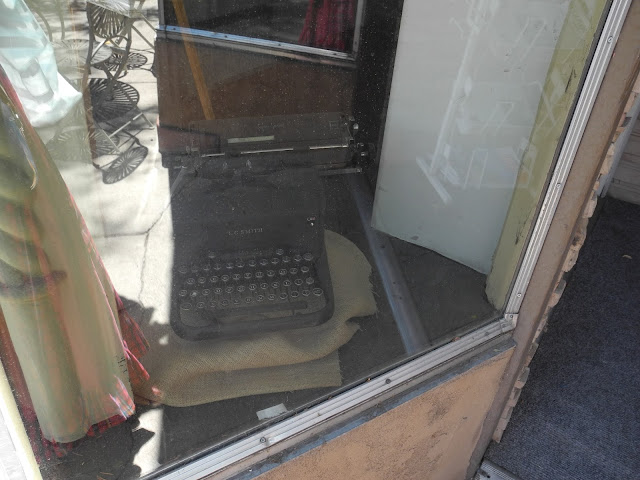 Welcome to another post of the Insecure Writers Support Group 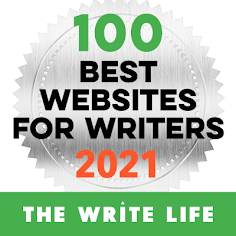 If you would like to know more about the IWSG and sign up
visit here
Every month, we announce a question that members can answer in their IWSG post. These questions may prompt you to share advice, insight, a personal experience or story. Include your answer to the question in your IWSG post or let it inspire your post if you are struggling with something to say.

Remember, the question is optional!

October 6 question - In your writing, where do you draw the line, with either topics or language?
The awesome co-hosts for the October 6 posting of the IWSG are Jemima Pett, J Lenni Dorner, Cathrina Constantine, Ronel Janse van Vuuren, and Mary Aalgaard!

Others I enjoy reading but just haven't mastered the knack to write on : Crime, Political, Historical Fiction.

Otherwise I love to experiment with vocabulary, especially for painting a picture of scenes: the physical and the emotional. I particularly love the sonority of verbs and adjectives which perfectly evoke a feel of what I mean to convey. Synaesthesia, I dote on. Colours, sounds, feelings, smells jump out immediately when using certain words.

I also like to play around with images, sometimes mixing metaphors, which is, I know, considered an incorrect way to use an effective metaphor; but I suppose that my Franco-British heritage conjures likenesses which often overlap, creating a collage metaphor or simile that just fits the bill.

Mostly I don't overthink ideas or language when writing. The inspiring combination just seems to fly down unexpectedly to hit the page.

how do you function ?

Thank you for reading.

this is how I also feel sometimes: 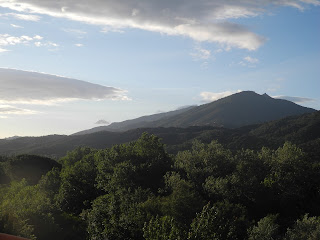 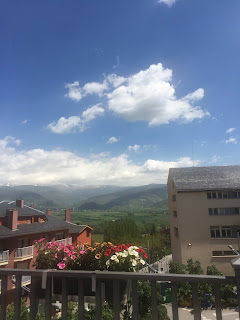 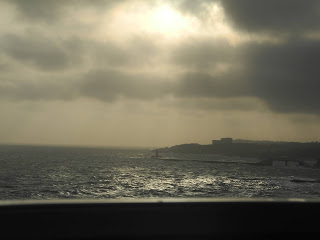 Welcome to another blog hop from Friday Fictionneers . 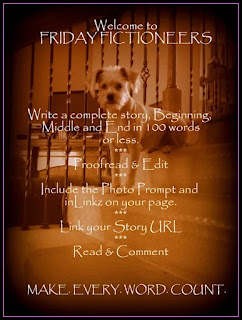 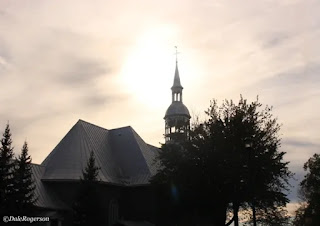 Painfully, he tread up the last step of the church stoop. He fumbled at the ring knob and creaked the thick oak door open. It cringed on millennium rusted hinges. Steven banged the opening shut and slid the bolts tight. Incense furled upwards, candles played rainbows onto the pews: contrite figures, horses rearing, sparkling crosses. Safe at last.

A throaty howl wrenched the silence. Wood splinted. A ghoulish shadow framed the alcove, followed by an army of grunting figures. No sooner had they crossed the threshold of the sacred haven than they dissolve into screaming flames.

Steven let out a hissing sigh as snow cherubs descended upon him.

Thank you for reading.

Wishing you all a restful and inspiring weekend.

Posted by Susan B.Rouchard at 09:58 No comments: